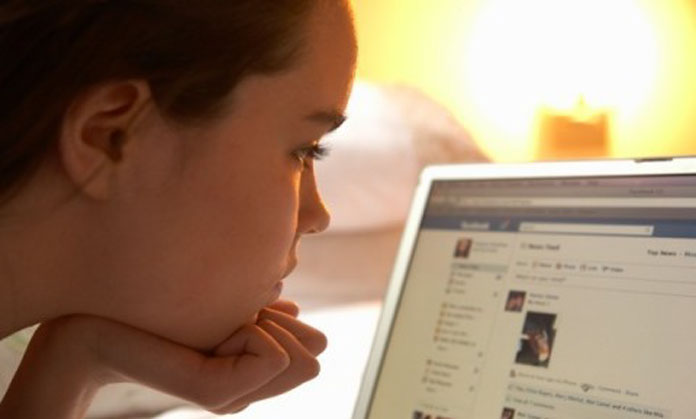 It’s fascinating how we suddenly let people into our private world so easily and with it, open the door to a whole host of potential relationship problems.

Even though I am not keen to let many people into my personal Facebook world, my husband makes connections with lots of people in order to connect with others from the music industry, which automatically drags me in further.  Alas, sometimes it seems there is no escaping it!

Below are some of the reasons that Facebook can be a recipe for awkward obligations, vulnerability and potential relationship problems.

Sometimes, under certain circumstances we feel obliged to accept that dreaded “friend request” from people we’d really rather keep at a distance.  Bet some of you do, too.  Awkward, isn’t it!  Suddenly you’ve invited someone into your world who you would rather have kept out for the sake of your own sanity and to prevent any anxieties or arguments.  In my book I mention that it is important to limit the time you spend with certain people; this scenario shows how difficult that can sometimes be.

Other times we feel we have to send a “friend request” to someone because we would otherwise be the only person in our social circle to have not done so, leaving us open for attack.  Again, we feel almost enslaved by society’s expectation to do things we would rather not.

Even if you rarely post status updates, people will still learn about you from a distance through other peoples posts and images and your comments and “likes” on others’ posts.  That makes me uncomfortable.  Does it you?

Facebook is so incredibly intimate that it can bring a whole host of problems, problems that wouldn’t exist (or at least escalate so much) if it weren’t for social media.  We are living in each other’s pockets all the time.  At some point, sparks are likely to fly.

It’s so easy to offend people and be offended, by yours and others’ Facebook behaviour.

I recall a recent rare occasion where I posted a comment on my Facebook wall.  It was misunderstood to be about someone in my Facebook friends list…yet it was not.

We see the ugly sides of jealousy and animosity play out as people watch our life unfold and then struggle to be happy for us, even if it is others unfolding our life for us.

You watch people post photos of themselves (“selfies”) that seem to be there purely to lure sexual attention, which of course can be utterly stressful if the person being seduced is your partner or spouse or young child.  This can ultimately lead to relationship arguments, sex amongst underage teens, affairs and even divorce.

It’s a place for those lacking humility to boast about silly things which only inhibits our ability to build and/or maintain a relationship with them.

It’s a place where people can show you exactly how they feel about you, unaware that it is so obvious because they forget how easy it is to profile someone based on their social media profile and activity.  If what they show you is not what you were expecting, this can open up a whole new perspective on that relationship of yours, paving the way for relationship discontent.

Social media provides a platform for attention seekers, further alienating themselves from their observers.  Most people I speak to, cannot stand this type of Facebook use.

Facebook provides a chat room for people to get to know each other very intimately; great if that’s how you want to find a potential suitor, not so great if your partner’s had an affair with someone they met on Facebook or your marriage’s suffering from arguments because of your spouse’s Facebook “friends”.

It’s so intimate that if you’re in a new relationship and become Facebook friends, you’ve killed a good portion of the romance that was waiting for you by getting too close and intimate, too quickly.

Due to its public nature, there are those who get caught out on Facebook because they have posted their whereabouts as something different from what they had told their partner, friends or boss.

Got tagged in someone else’s photo doing something a bit private or something you shouldn’t have done?  Again, you have Facebook to thank for that.

Even with Facebook’s privacy settings, you can never be sure that they work all the time for plenty of people have experienced the gremlins that lurk.  I once had the photo of a random white lady in place of my profile picture for about two days!  Every time I posted a comment, someone else’s photo appeared instead of mine.  Well, it was fun being blonde for a couple of days.

Okay, does anyone else feel slightly anti-Facebook, now?  Think I do even more than when I started writing this piece!  Ha-aaa.  Seriously though, Facebook is great in some ways but I can’t help but wonder whether it will ultimately do more harm than good, destroy self-esteem, relationships, homes, careers, and more.