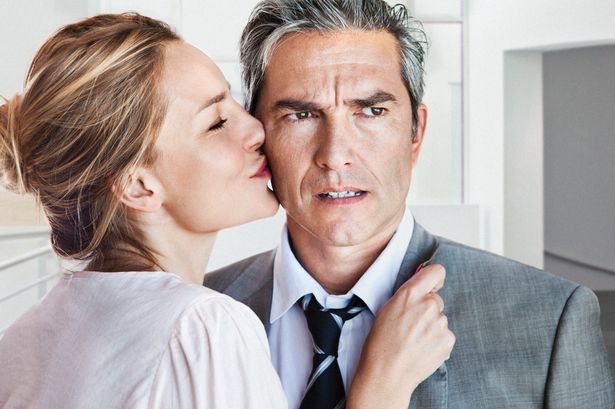 It would seem that flirting is everywhere.  People flirt face-to-face, on social media, on text messages and over the phone.

In the workplace, both men and women flirt to get ahead, to close a sale, to get others to do things for them and to have a bit of harmless fun to pass the day.  I always remember something a friend once said to me years ago when we were discussing workplace attraction.  Their exact words were, “Welllll, you’ve got to fancy someone!”  That line still makes me smile!

Would you say that is true for you?  Do you like to have someone to flirt with at work, just to add some flavour to what could otherwise be a dull day?  If so, you’re not alone, many people report flirting at work, just to spice up the day.

When Flirting In The Workplace Goes Wrong

Whilst some flirt harmlessly, some flirt aggressively or idiotically.

Flirting at the right moment in the right way with the right person can help you to close a sale, negotiate a deal or move up the career ladder.  Get it wrong, and you could be sliding down that ladder and ruining your own reputation.

At the extreme, the negative consequences of flirting at the wrong moment or in the wrong way or with the wrong person can create the following scenarios:

The Halo Effect Comes Into Play

Glaring Contrast Between Relationship Styles Within One Group

Man or woman, if flirts can build and maintain good relationships with all those around them, they will usually not be mentally reprimanded for their behaviour, but if a person is overtly flirtatious with some people and unwilling to get on well with others present, then their flirtatious behaviour usually won’t be well tolerated.  For example, women that are ludicrous flirts with men and at the same time dismissive of their female colleagues, will easily create enemies and be considered deceitful.  You may recall a female on a recent series of The Apprentice that very much embodied this approach… and, interestingly, she didn’t get very far on the show.