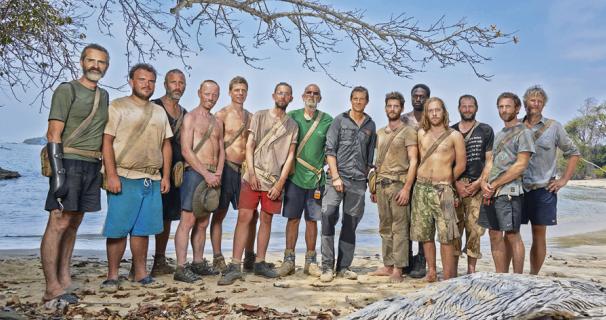 The Island With Bear Grylls – What We Learnt

The Island with Bear Grylls made for some fascinating viewing for many of us, despite the ridiculous claims that it was faked in some way.  Bear Grylls said it best when he responded with the following tweet: “I don’t understand the critics here – yes production made sure the 13 men wouldn’t die & @TheIsland had a source of water & food.”  It’s as if all the horrible reality shows that set people up for pain and humiliation, have warped our nation into thinking that watching others in pain is what we want.

Well, for many of us, I think the responsible selection of the participants is what appealed.  Why?  It allowed us to revel in the triumph of our fellow men, not in their misery.  It allowed us to watch the personal growth, strength and courage of those gentleman, awakening within us an awareness about what is at our core when we take away the modern world distractions.  I doth my cap to Bear Grylls for teaching millions about survival and human behaviour.  We learn more from his programmes about resolve, human instincts, human behaviour, self-development, courage, motivation, personal power and much more, than we do through most reality shows put together.

What The Island With Bear Grylls Taught Us About Human Behaviour

Young Stockport lad, Ryan, showed us that we can change our view of ourselves and the world, when tested by the right circumstances.  When it’s make-or-break-time, sometimes we get right to the edge of breaking, but that inner resolve, along with the support of others, can bring us back from the brink.  The compassionate team members such as doctor, Sam, significantly helped Ryan’s growth.  It was so clear to see how the compassion we show people is far more effective in affecting positive change in someone’s attitude and behaviour than any amount of hostility will ever achieve.  We all saw how Rupert’s anger-based approach did more to divide the people, than anything else, even more so than the hunger, it seemed.

Rupert didn’t really take to authority, did he?  He himself reflected upon this at the end of the series, acknowledging that this has always been the case for him.  I hope he has learned something about himself, something that will help him to learn how to be with others, and perhaps, one day re-marry when he is able to see that the leadership or opinions of others do not take away from his knowledge, abilities and ideas.  My wish for him is that he comes to understand that his self-worth is not impacted by the intelligence or ideas of others.  Hopefully, he’ll have learnt a thing or two from his fellow contestants, about how to be in a group.  After all, relationships are vital to our health, happiness, success and survival.

Sam, the doctor – talk about the loving glue that was needed to keep the team cohesive, and calm tensions, when required.  Sam radiated love, compassion, positivity, and he also displayed some great people skills.  He spoke to everyone carefully, respectfully and skilfully.  Watching him on the show, you couldn’t help but like him.  I’m guessing he doesn’t like conflict and is probably very much loved by his family and friends.  He also has a glint in his eye that spells curiously mischievous but always with the right intentions in his heart.  I can see him making a very loving son and husband.

Tony, the oldest of the group at the age of 70, was an absolute inspiration to me.  Yes he had his moments when he was impatient with the younger ones, yes he was a little over-zealous at times with the discipline element, but we could clearly see that his heart was in the right place.  Some people resign themselves to an idea of a lifestyle dictated by their age.  Tony, on the other hand, showed us that our personal beliefs about our abilities mean much more than popular notions about what we can achieve.  He demonstrated why we should never stop growing and learning about ourselves, and life, as long as we live.

Sackie proved himself to be a hard worker, focused, determined, likeable, and at the end of the series, a very good leader (or for Rupert’s sanity – a project leader or party planner :-)).  He handled Rupert’s growing irritations very well, and he showed that ego has no place in great leadership.  He knew that “working in the trenches” gained (or maintained) the respect of his fellow men, and he also knew how to motivate “his people”.  His landslide voting victory was a clear representation of how the others had judged him and his personality and his abilities to date.

As a person of my profession, I loved watching the unity, the growth, the challenges they overcame. I was truly proud of all the men on the show. They really pushed themselves to the limit and showed that we Brits have a great deal of resilience within, and sincere compassion for our fellow men. Well done to all the men for what they achieved and how they behaved overall. They carried themselves with dignity and grace…well…for the most part…ha-haaa…”babes”. 😉

Lastly, I want to thank Bear Grylls and the Shine TV team for picking the contestants wisely, not picking out-and-out trouble-makers for “entertainment”, but rather, choosing contestants that would reveal to us what we are made of when it’s a life and death situation.

Comments have been disabled but before they were, this is what one of the contestants on the show had to say, and my response: