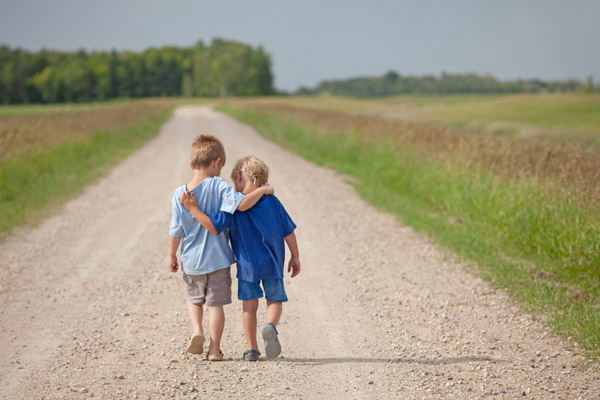 We know that meditation can help us to change the physical structure of our brain by increasing the concentration of grey matter in brain regions associated with emotion regulation, learning and memory, self-referential processing, and perspective taking. But do such brain changes within us relate to meaningful changes in how we interact with our fellow human beings? Yes, they do.

Techniques to focus and calm the mind were taught in both meditation groups, whilst a direct discussion of compassion and the suffering of other people only occurred in the compassion meditation group. A Tibetan Buddhist lama (guru type status) conducted both courses. The classes consisted of 60 minutes of instruction, 30 minutes of practice, and 30 minutes for discussion; classes took place once a week for eight weeks. Participants also received twenty-minute audio-guided meditations to complete daily, independently of the weekly class.

After eight weeks of meditation practice or roughly eight weeks since recruitment, participants were asked to come to the laboratory to complete a cognitive ability test. Unbeknown to the participants, the real reason they were invited to the lab was to test their compassion levels in response to the suffering of a stranger. When they arrived at the waiting area the participant was faced with two other people (actors) and three chairs, one vacant and two being used by the two actors. After the participant had been waiting seated for about one minute, a third actor arrived on crutches wincing with pain and then upon seeing the three chairs are occupied, rested her back against a wall. Researchers wanted to see if the true participant responded compassionately by offering his/her seat to the ‘sufferer’ on crutches within the next two-minutes or not, i.e. offered a helping response or a non-helping response, respectively. It’s important to note that during this time, the other two actors in the experiment, the two people seated in two of the three chairs in the waiting area, completely ignored the suffering of the female on crutches.

The results? ‘Meditators’ were found to offer their seat to the ‘sufferer’ five times more often than ‘non-meditators’! Plus, this prosocial behaviour manifested at similar rates in both meditation groups, the mindfulness meditation group and the compassion meditation group.

Meditation Research Application To Your Life

Clearly, habitual use of meditation increases our compassionate feelings and behaviours towards our fellow men. What can get in the way of our compassion is what is going on inside our own head and heart. In this fast-paced world, feeling overwhelmed and anxious is becoming common place as is not taking time out to decompress. If you feel overwhelmed, daily, by the stuff going on in your life, you know how preoccupied you can become. So, three questions you should ask yourself, are:

The thing is, when you are so caught up in yourself, it is hard to be the best spouse, friend, parent or child you can be to your loved ones. It makes it difficult for you to be a great boss or an excelling colleague or employee.

Thinking back to the experiment above, that non-meditating participants were five times less likely to offer their chair to a stranger in pain and on crutches, is very enlightening. How non-compassionate or self-absorbed can you be with the important people in your life and how often? What is going on in your life that makes you so caught up in your own needs that you can’t see the needs of others or if you can see them, don’t feel it necessary or able to be there for them? What’s going to happen to your all important relationships if you don’t start becoming more compassionate towards yourself and others?

Meditation is a powerful way to train yourself to become calmer, more clear and focused, less judgemental of yourself and more compassionate. If you frequently feel overwhelmed, anxious or preoccupied, it’ll be hindering your relationships, your health (mental and physical) and your ability to achieve your goals. Would it be helpful for you to carve out some meditation time so you can regain time, energy, focus and compassion and gain all the symptomatic perks they provide?