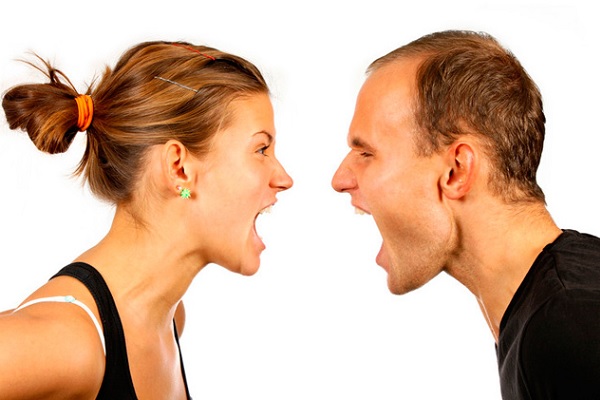 By Sam OwenSeptember 11, 2013Blog
No Comments

We all do it at some point.  We cause an argument by saying something without giving much thought to the likely outcome of the words, tone of voice, facial expressions and other body language we have just used.  When twenty minutes later the atmosphere in the house has completely changed, we feel annoyed and sometimes a little bit baffled.  Surely we had every right to say what we had said and every right to expect a non-argumentative response in return.

Well, maybe we didn’t expect an argument but how cordial was our approach in the first place?  How negatively charged a question did we ask?  Or did we forget to ask anything and just threw a statement at our spouse or partner, instead?

When we get comfortable with people we forget about a little thing called manners.  Suddenly, we think we should be able to get away with snide statements just because we have ample evidence that the statement is correct.  When we get fed up with a situation, perhaps because it is an ongoing issue, we think it is okay for us to ask negative questions that make the other person feel bad.

You may experience momentary relief by getting something off your chest in this way, but that relief is soon taken over by relationship dissatisfaction as the “conversation” becomes an argument.  So how do you reach the same goal without having an argument with your spouse?

Example question: Why can’t you remember to do the small things I ask all the time?

In one short sentence you’ve made them feel bad about themselves and possibly inadequate.  Once in this negative state, they will feel low and unable to give you a useful response or any real insight.  Furthermore, they may become defensive and start a tit for tat slanging match where they then throw back at you, all the things that you forget to do, too!  Before you know it, the reason you started the “conversation” has been completely disregarded, and instead, replaced with increased tension in the relationship and home.

Example statement: You really don’t care about the fact that what you do affects me!

They probably do care, but now that you’ve planted the seed that they don’t you’ve given their brain an instruction to work on, i.e. not caring about the consequences you suffer as a result of their actions.  Furthermore, we only make a statement like this because we want them to care but this statement does not convey that.

Instead you could say: Rightly or wrongly, I feel like you forget about the impact that your actions have on me; how can I help us prevent these occurrences for the sake of our marriage and both our happiness?

Now they know that you’re worried but have acknowledged that you may have misunderstood and respected them enough to give them the opportunity to respond fairly.  You’ve also planted the seed in their mind that you’re worried, whether or not they deny that you need to be.  They will realise that you’re looking for solutions which will prevent them from becoming defensive.  They will also recognise that you take your responsibility as their team mate seriously which is reassuring and heart-warming for them to know.  Plus, although you have asked how you can help be a part of the solution, they will begin thinking about how they can themselves be a part of that solution, too.

The art of language – saying what you want in a way that makes it easy for the listener to hear, digest and act upon in a positive manner.