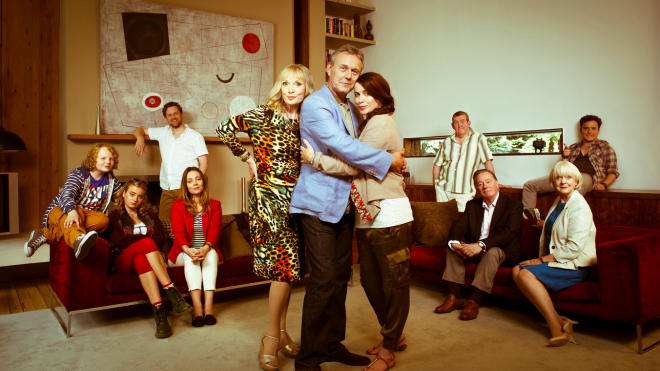 A survey was commissioned by UKTV to mark the launch of You, Me & Them, TV channel Gold’s first scripted comedy, which started Wednesday 23rd October (2013) at 9pm.

Having been asked to do a radio day for them to discuss the findings, I thought it would be useful for my readers to see the results of the survey so that you, too, can begin thinking about the rules that are important to you in the modern day.

I often say that we all need to define our own relationship rules because mimicking other’s rules won’t always work for us and because we cannot completely emulate the rules of our parents and grandparents who lived mostly during the pre-digital era.  So let’s have a look at the rules Brits voted most important and see which resonate with you and which inspire you to come up with your own set of family or relationship rules.

2000 people were asked to pick their top modern family rules from a long list of 50 rules.  From that list, this top 10 was compiled…

So what does this list suggest?  Amongst many insights that can be gleaned, the survey suggests that we are adapting very quickly to the use of technology, perhaps sometimes to our own detriment.

The most popular modern family rule was banning mobile phones at Sunday lunches and yet in at number five is sending digital thank you notes instead of handwritten ones.  On the one hand we have come to realise that technology can interfere with relationships being nurtured and so we ban them in certain instances, and yet we think it is sincere enough to send a group digital thank you text or email, instead of taking the time to write and post individual hand written notes, or at least send personalised digital ones.

I’m not saying that smart phones aren’t incredibly useful or that sending digital thank you notes doesn’t have several advantages, they are and they do.  However, at what point do we draw the line between cold, robotic, insincere, relationship-damaging neglectfulness, and smartly adapted behaviour?

Our modern behaviour begs the question, are we just losing our manners are we actually losing sight of what makes us human beings?

The number one rule, banning mobile phones at Sunday lunches, would suggest that as the digital dust is settling, we are beginning to see what technology is doing to our relationships, and families are beginning to put new rules in place to maintain that warm, personal connection that we thrive on as human beings.  We have to spend quality one-on-one time with people if we wish to maintain any real relationship with them.  Unfortunately, what technology does (and yet I LOVE technology) is it distracts from bonding with people at a deeper level.

Are you fed up of talking to the side of someone’s face because they’re so absorbed by their mobile phone?  Do you sit spending quality time with your spouse or child, only to feel you are competing with their distracting thoughts about who has responded to their earlier social media update?  Are you lost for conversation with friends because you have seen all their news on Facebook?  Are you unable to fully relax because your phone is constantly bleeping with notifications of emails, social media updates, text messages, and phone calls?

For all the time technology is allegedly saving us, how much time does it ultimately take up elsewhere?  For all the convenience it provides, how inconveniently is it destroying the relationships that are so important to us?

So, time to make your own list of family rules.  Use the above as inspiration but sit down with your family and come up with your own, all the while remembering that the rules are being made to ensure that you stick together like a team, for life.