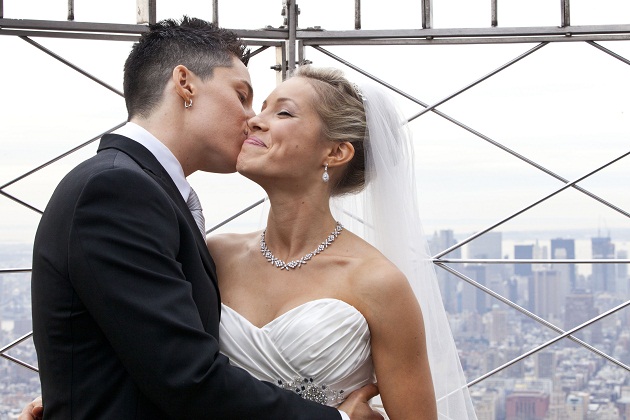 Is Marriage And Monogamy Better Than Polygamy?

The other day I accidentally stumbled upon an article written by someone claiming to be a relationship expert who had helped hundreds of couples.  Had you read their article before their mini bio, you would never have guessed what line of work this person claimed to be in.

They wrote a number of paragraphs saying that they thought that monogamy was an outdated concept.  Whilst it seems likely that they wrote their intentionally “controversial” article for publicity purposes, I find it quite odd that someone in this profession claiming to have helped hundreds of couples would write such an article.

Perhaps this person has decided that they no longer believe in the value of committed relationships which is their prerogative but they should perhaps call themselves something other than a relationship expert.  I can’t help but feel that if you don’t get the value and numerous benefits of monogamous relationships in the 21st then you really shouldn’t be claiming to help people with theirs.

As a relationship coach I don’t judge people because they are happy in consensual polygamous relationships; if that suits them, it’s none of my business.  However, I would always encourage the rest of the population to be in healthy, committed, monogamous relationships.  I’ll explain.

So, is monogamy an outdated concept?

No.  Of course it isn’t.  Just because we have a number of choices in this ever developing world does not suddenly make it healthier to have your cake and eat it.  There are more drugs available now than there were years ago – doesn’t mean we should start dabbling in them.

Just because we’re bombarded with stories of celebrities having affairs and getting divorced, frequently, doesn’t mean this is a sign that monogamy is out of date.

Just because social media and other digital technology gives rise to opportunities to be drawn into cyberspace and the many opportunities for adultery that go with it, doesn’t mean that we are suddenly incapable of having monogamous relationships.

Just because there is less of a stigma attached to “living in sin” and being a divorcee nowadays, doesn’t mean the traditional way of doing things is no longer healthy.  It’s actually more indicative of our reduced intention and ability to commit to something wholeheartedly because there is always a relatively easy way out, now.

Just because we’re growing up in an unhealthy consumerist society, doesn’t mean we should extend this unhealthy, insatiable need for more and more variety and more new stuff, to our personal relationships.

The mental health benefits of being in a relationship with someone you know is only in love with and committed to you are vast, including lower depression rates and higher immunity compared with singles (Young et al., 2010).

Based on their review of relevant research, Young et al. also note that “…selective aggression is thought to be essential for mate guarding, nest defense, and the maintenance of the existing bond between the male and his partner.”  This brings me nicely onto another very important point.  The establishment of a family means that in traditional terms, the male hunts for food and protects the nest and the female nurtures the nest.

If a polygamist is unable to commit to one partner and their offspring, then can he be expected to protect his mate and nest to the same extent that a monogamist would.  Would he have the drive, the desire to protect all of his mates or would one or more of those mates become easily discarded for the sake of an alternative mate or mates.  Also, would certain mates get preferential treatment?

What impact would this have on the female if she knows that she is not the male’s only and primary concern, offspring aside?  Would she suffer from mental health problems during her lifetime that stem from insecurity, jealousy, anxiety, and/or low self-esteem?  Most likely and the research provides some element of support for this notion.

If a person cannot commit to just one romantic relationship at any one time then surely there is a much higher chance of him being unable to commit to any one of his mates for the rest of his life compared with his monogamous counterparts.  As a consequence, that mate could be more likely than those in the monogamous world to find themselves in a poor financial situation once “abandoned”.  Based on this premise that polygamous people are at a much higher risk of relationship breakdown and breakups than their monogamous counterparts, they would also be at a much higher risk of mental and physical health problems and this could mean that polygamists may have lower life expectancies.

The thing that concerns me about polygamy is that there doesn’t appear to be any real reason to make your relationship work when you hit a rocky patch, if it is acceptable within that relationship for you to simply seek what you need elsewhere.  Where’s the growth of the tight unit if there is no need for growth.  If, for example, the polygamist requires three partners to satisfy his needs, one whom satisfies 20% of his needs, another 50% and another 30%, is this indicative of an underdeveloped personality, an inability to have a successful relationship with one partner or spouse, a lack of respect for his partners or for females per se?

Are polygamists severely lacking in self-worth and if so, is that a healthy way to live or a healthy message to pass on to offspring?

Are polygamists severely lacking in self-control and if so, does this mean they are much more likely to become drug addicts or commit crimes?

There is something I find very unsettling about a society that starts to look for answers in seemingly unhealthy solutions simply because it seems easier or seems to be “trending”.  A great deal of longitudinal research is required for us to come to any solid conclusions but I have yet to be convinced that polygamy is currently being popularised for any other reason than as an explanation that some find easier to swallow than the reality.  The reality being that, as I mention in my book and other articles, if we want to have successful relationships we need to learn to grow together in this ever evolving world where distractions are aplenty and adultery is oh so easy to pursue.