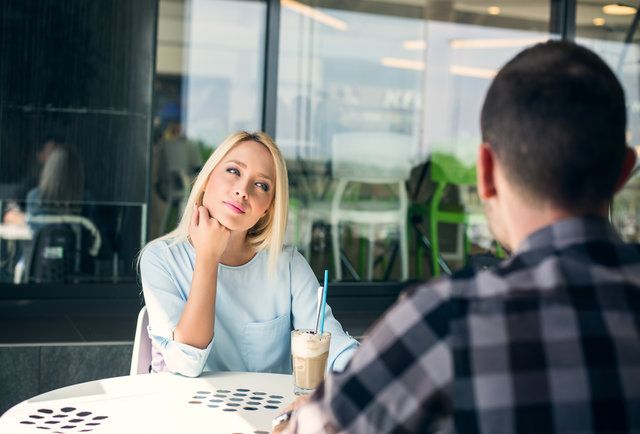 Is It A Deal Breaker Or Is It You?

We may occasionally sell ourselves short for different reasons but when a relationship deal breaker transpires, some people can be greater inclined to sell themselves short than others.

Is It A Deal Breaker Or “Are You Being Picky”?

People with low self-worth have a tendency to blame themselves for the relationship not working even when the facts are enough to tell them otherwise.  It’s as though they cling onto the idea that they can make this relationship work if they just change themselves or fix themselves.  They sometimes do this because they feel that they are to blame for all relationships that don’t work out rather than viewing things from a much more evenly balanced, ego-decentred perspective.  They also sometimes do this because they feel unsure of their ability to find another catch and so hang onto the one they’ve got even if it is no good for them.

Sometimes you just have to look at the facts and decide what’s a deal breaker.  Ninety-five per cent of a relationship can be great but if the other 5% is awful enough for it to be a deal breaker, however small a percentage of your overall relationship it may be, it’s still a…deal breaker.

There are certain things that you know in your heart are unacceptable to you in a relationship, whether romantic or non-romantic.  It’s better to be sure of these things than try to pretend they are insignificant to you.  Here’s the thing: however how much you pretend they aren’t important to you, these things will eventually catch up with you and remind you that they must be attended to.  People who ignore their true needs eventually end up sad or depressed, sometimes end up on antidepressants, and often hurt their self-esteem.  So, time to pay attention to those deal breakers that aren’t going to bring you happiness even if you pretend for a while that they are not deal breakers.

8 Questions: Is It The Deal Breaker Or Is It You?

Be realistic; answer these sentences truthfully as if you were telling a friend or a coach:

Your time is precious; spend it nurturing relationships with people who nurture you back.

You are important; spend your time with people who see your good qualities and appreciate them.

You are human; accept that you have good habits and bad, and focus on a lifetime of self-refinement.