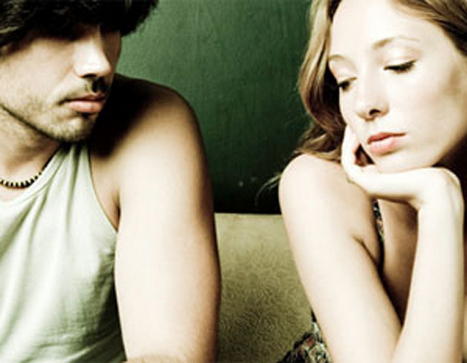 Recent research by Vangelisti et al. (2013) finds evidence to support the idea that people who are more focused on their anger or frustration during an argument, are less likely to be satisfied in their relationship.

They also found that those who absolve themselves of any responsibility for the conflict taking place, are more likely to create an unhappy partner than those who accept the role they have played in the dispute.

Let’s look at the first point.  If your main focus is your anger, you will not be able to think as clearly in order to resolve the situation.  Research by the Institute of HeartMath has found that when we experience negative emotions, our heart creates erratic electrical signals which are communicated to the brain and then prevent us from thinking clearly.

When you are focused on your anger rather than reaching a resolution, you are keeping yourself in this negative, wound up, ill-thinking state.  It’s important to remember that the thoughts we focus on create the feelings we get.  Don’t believe me?  Think long and hard about something negative that’s happened to you and you’ll notice some parts of your body become tense or tight.  That right there is the physical manifestation of your negative thoughts!  At the same time, you’ll also be able to identify the negative emotions you’re brain is interpreting as anger, hurt, frustration, anxiety, stress or something else.

If you are this angry type, take time out to let yourself cool down.  Once you feel calmer you can then begin dispute resolution.  Often, some time away from the “problem” can help you to realise what you’re really angry about, and it’s usually not that you have a dissatisfying relationship.  The anger often comes from feeling you have been personally attacked, found out, misunderstood or wrongfully reprimanded.  Once you can identify the real root cause of your anger, you can take steps to resolve the disagreement.

Now let’s look at the second point.  If you are not willing to accept any responsibility for your actions, you are not giving your partner respect so of course they are going to feel unhappy.  In any respectful relationship, whoever it may be with, accepting your share of the mistakes that led you to the argument is absolutely vital if you are going to move forward.

If you struggle to accept responsibility then you must associate accepting fault as having a deeper meaning about you and your self-concept.  Come one!  Wake up!  We all make mistakes.  Not acknowledging them is what makes you lose respect, not saying the word “sorry”.  Saying sorry instantly takes people off the defensive.  If you want to be respected and have a relationship with them, saying sorry relaxes the other person which in turn relaxes you.  The negative emotions begin to dissipate, resulting in less erratic heart signals and consequently, clearer thinking for creating a happy relationship again.