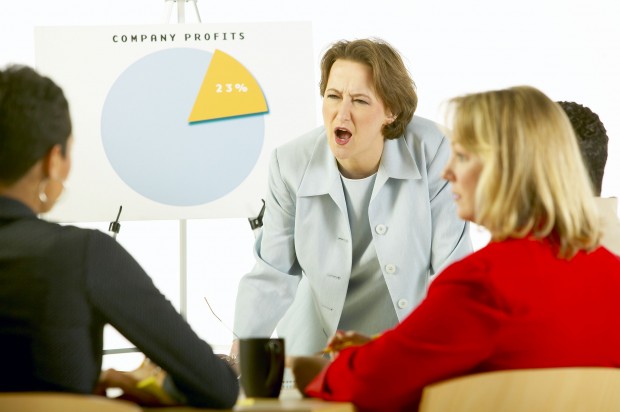 Why Negativity In The Workplace Is A Silent Killer

By Sam OwenJanuary 8, 2013Blog
No Comments

Like attracts like and so if you want to be rid of negativity in your business, cut it off at the source by resolving it and changing workplace attitudes and behaviours, or cut out the source altogether!  There are many different ways in which workplace negativity presents itself.  The following is one of many scenarios.  You may have worked in a place like this in the past or you may be suffering the consequences of working in a place like this now.

“Jim” worked in an environment where he was expected to manage his department in a way that his superior saw fit.  His boss, “Ryan”, was a man who fuelled his own sense of importance through the drama and stress he himself created as well as by denigrating his workforce.

As the number of dramas added up so did the tension amongst the staff.  Jim began to find himself cringing at Ryan’s management style and feeling embarrassed to have to uphold it as a middle manager.  Jim also began dreading all meetings with Ryan as they would invariably consist of drama, stress and aggravation.

Jim found that Ryan’s negative, stressful outward behaviour was beginning to affect how he himself was now managing the staff.  He found himself getting lost in the chaos.  He wanted to manage the staff and the day-to-day running of the business in an intelligent, uplifting, pro-active, smooth operation but felt himself being yanked towards the stress, drama and negativity on a daily basis.  The knock-on effect was clearly taking place, transferred from the drama-loving boss to him and on towards the staff.

Jim began to resent working there.  The constant belittling that Ryan inflicted on others for his own personal satisfaction and tension release led Jim to begin to doubt himself and his abilities even though deep down he knew he was very capable.  Jim would feel ashamed of himself for being rude to others because of the work environment that he was in that seemed to expect such behaviour of him.  He began to feel glum at the weekends which meant that he didn’t want to go anywhere.  He didn’t feel good about himself and he didn’t feel good about the place he spent so much of his time.

As the months went by and Jim’s dissatisfaction and stress intensified he started to offload anecdotes of work experiences by sharing them with his girlfriend.  Although he retained much of his heartache and worry to himself, Jim’s girlfriend still began to feel fed up with the stories, and Jim understood why.  After all, they were essentially the same story repeated with only slight variations.  The crux of the stories was that the boss was insufferable and the workforce was unhappy and unmotivated.  The result was a discontent boyfriend at home who was upset and angry.  This affected the boyfriend-girlfriend relationship too as the stress and unhappiness was being brought into their home life.  Ryan’s self-engineered dramas and stresses had dragged Jim underneath the currents at work, were now beginning to wash over Jim’s relationship with his partner and were meandering towards his relationships with his parents and siblings.  Jim’s parents and siblings too were feeling the brunt of Ryan’s dramas as they experienced the unhappiness of their close family member.

Fortunately, Jim began to notice that he was drowning in a world he did not want to be a part of any longer.  He realised the disparity between his personality, morals, and ideas about relationships and desirable life experiences, and those of his boss.  The negative impact of the association with a negative person such as Ryan had taken effect on his own life quite profoundly but he eventually recognised this and decided to remove himself from the experience.  Jim changed jobs and thus removed the unnecessary, fabricated drama and stress.  Jim went on to have an enjoyable, fulfilling career and home-life whilst Ryan apparently went on to create more drama.

Perhaps an evaluation of your own business or workplace will reveal that someone or some people are creating unnecessary negativity and drama on a frequent basis.  Who is creating it, you or someone else?  How can you address the negativity that is being brought into your work life and thus your personal life as a consequence.  Is the impact it is having on your personal life one that you can endure for the long-term.  If you own the business, can you afford to let the negativity continue to infest your company?  If not, do something now to bring about positive change.