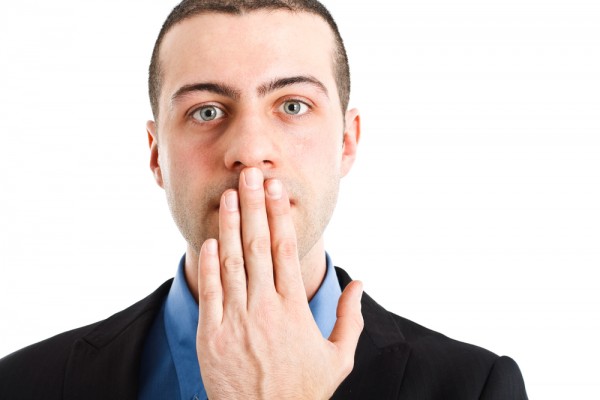 By Sam OwenMarch 6, 2013Blog
No Comments

White lies are told for a number of reasons, some of which are to avoid offending someone or to save oneself from trouble or to avoid an unnecessary confrontation, perhaps because it is an inopportune moment.  Others tell lies pathologically.  Some tell lies to sell things to you unethically.  Some tell lies merely to elevate their own self-esteem and/or status, and some to boast.  Others do so to present themselves in a false light as though they are more than they are, more intelligent, more hardworking, more knowledgeable, healthier, physically fitter, more successful, more of a go-getter…the list goes on.

Often people can say that little white lies are harmless, but are they really?  How much do we trust someone when they’ve told white lies?  Do we say to ourselves, “Hey, it’s okay, everyone does it”?

It often depends on the motive for the lie and the potential repercussions of the lie.  Repercussions can in the first instance affect the liar himself, and if relevant, the company he is representing.  Secondly, the lie can affect the reputation of the person, object or event being lied about, which may be separate to the liar himself.

When someone lies to you and the lie is discovered and you confront them, this is their opportunity to employ damage-control.  This is where the liar will either better or worsen the situation and their relationship with you, business or personal, by the way they respond.  They will either behave respectfully or disrespectfully.  They will usually be humble or they will be cocky.  They will either admit they have lied or deny it.

In my experience, those that tend to act humbly and respectfully, tend to be the ones that are willing to show integrity by owning up to their error.  Hey, we all make mistakes and when we recognise them as so, we fuel our own self-esteem and self-worth!  This then positively impacts our relationships with others.

On the flip side, those that tend to behave disrespectfully and/or aggressively or in a cocky manner, are usually those that are annoyed that they have been caught out.  Rather than be annoyed or ashamed of themselves, they are actually just annoyed and angry at the person that has caught them out because they have unearthed the truth that they were deceitfully hiding.  Yikes!  That doesn’t say much for their integrity or credibility.  Nor does it nourish their self-esteem or self-worth.

People do not desire a business or personal relationship with someone who lies and then acts this way once caught out because it completely unravels the trust you may have once had.  Furthermore, once one lie is uncovered, we will usually begin to reflect on the history of the relationship and begin to connect the dots of other lies that have been told.  Of course, now that we don’t trust this person, we might misjudge a truth they told as a lie, simply because the trust is not there, therefore, questions will be asked about a lot of things that they have previously conveyed.  Thoughts of was he also lying when he said…, did she really speak to…, is that really the reason his service is…, was she lying when she said that Jake had said…, was he really trying to help me or was he just helping himself…

When the person’s lies affect someone else’s reputation, it is also incredibly selfish and immoral which only further destroys the liar’s own reputation.

(Taken from Relationship Remedies: Relating Better To Yourself and Others; Chapter 20 – For Best Results Bake Until Risen)

Lying often leads to dissatisfaction, low self-worth, destroyed relationships, destroyed careers/businesses, a ruined reputation, and unhappiness.  So before you dabble in white lies with the mindset that they’re harmless, ask yourself if this is the way for you to achieve all of your objectives in the short and long term.

If you’re in a relationship with someone who lies to you frequently, beware it will lead you towards insecurity, arguments, trust issues and heartache.  With open communication, you need to resolve this behaviour pattern if you want to maintain a happy, healthy, successful relationship with them.