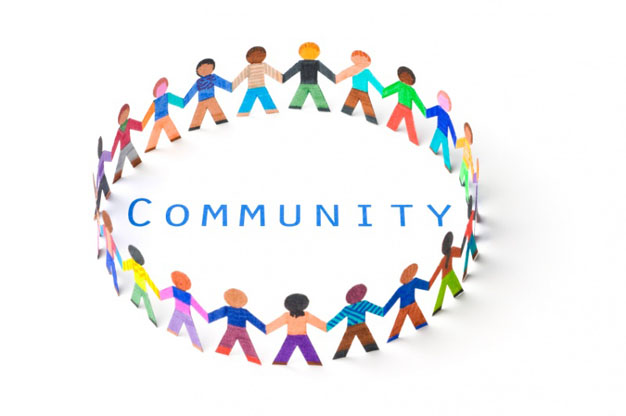 Sincerity, Social Media and Society: Can We Just Be Real, Please?

Sincerity, authenticity or just being real: why are so many people abandoning it to find a shortcut to success in business, success in relationships and a healthy self-esteem?

This is a question that keeps coming back to my mind and so I feel I need to say something because maybe others feel the same, too, and maybe by me putting it into text that can be shared and consumed by the masses, it will be shared, embraced, acted upon and we’ll change something for the better…for our sakes.

We all know that sincerity helps us to trust others and to help ourselves.  We also know that what we practise daily becomes habit and can easily become a habit in different areas of our life.  So why should we blindly practise or indulge a daily habit that isn’t serving us or our society?

Have you noticed how much many people are caught in a daily trap of practising insincerity, sometimes to be polite, sometimes to get ahead, sometimes to save themselves from a perceived threat, and sometimes as an attempt to raise their self-esteem.  There are many reasons people don’t act as sincerely as they could or should and, perhaps this is also one of the reasons for modern day insecurity.

In reality, sincerity can rarely be faked because its truth slips out through the non-orchestrated elements, the bits that were overlooked by its creator, the words used or not used, the non-verbal communication accompanying it, the missing pieces of the story, the contrived share on social media, and even because of the lack of understanding of how human relationships function.  However difficult it may be to fake, there are still those that will try.  It’s my growing concern about this and what it’s teaching us as a society that made me want to write this article.

If we acknowledge what’s happening, rather than blindly allow this insincerity to flourish, we can change it for the better.  There are two questions that all this lack of sincerity frequently raises in my mind:

Whilst I’m going to cover examples from the business world, it is important to remember that many people on social media, whether on there with a business account or a personal account, are interacting with business accounts and people watch and learn from others.  Let’s have a look at what’s going on, what it really says, and what we can all do to eliminate this trend which is destructive to healthy relationships and a healthy society.

How many people do we see using software to build up their social media following and “status” in both the business world and personal world?

You can buy followers but you can’t buy their interest; all you’ve done is announce your lack of credibility.  #ThereAreNoShortCutsToSuccess

When you have 20,000 followers, you’re following only 120, you’re not a well-known public figure or brand and your social media posts usually get about 3 shares and 2 likes, you’ve just told the world you’ve taken the short-cut because you lack true credibility, lack honesty and, therefore, are probably untrustworthy.  Probably not what you were aiming for!  Work at building a genuine following and people will be way more impressed and able to trust you and…give you the attention you’re hankering for.

Do you notice all the fake claims in social media bios, especially those that change from week to week as they get a new idea about how to look important and credible, usually by copying someone who is credible, all the while forgetting that the other person actually has the goods to back it up?

People notice your bio change from real to fake within a few weeks; your social media updates impart the truth behind your claims in an instant; the public can look at the content on your website or research you elsewhere, only to discover the grave disparity between the claims in your bio and the reality of it all.  All it does is make people disconnect from the person or brand and the messages they’re trying to convey.

People are drawn to humility, because it’s attractive and because platforms like Bragbook, I mean Facebook, have enough bragging on them to give us our maximum daily dose.  Plus, if you tell people you are something, they will expect you to be that thing, and when you corner yourself into proving that you’re not, you’ve sabotaged your own reasons for bragging in the first place.  Be honest with yourself and honest with others; by doing so you build more sincere connections and you don’t lull yourself into a false sense of security about your progress and your life.

Then there are those who use software to send auto-DMs to people when they get followed (automated messages direct into someone’s private mail box on social media), and the content is usually either an immediate sales pitch or a request for their new follower to follow their other social media accounts.  Some think they’re being savvy by making the auto-DM seem conversational, “Hi Joe, it’s great to connect, tell me more about what you do,” followed immediately with a sales pitch about their product or service.  That’s just worse, now not only are you showing your insincerity, you’re showing you’re being crafty about it!  Well, trying to.

Push marketing is less effective in this modern world of information overload because we are overwhelmed as it is and want to choose our sales in our time.  We know push selling is less popular now because we have significantly fewer cold calls on the landline and significantly fewer salespeople knocking on our front door.  Having said that, even cold-calling salespeople, whether in person or over the phone, still knew back in the 20th century that we need to build a rapport first, if not a relationship, yet these auto-DMs bypass even that which we’ve abided by for decades in the sales profession.  Rather than pushing your product or service on people you’ve just connected with, however cleverly you think you’re doing it, just, well, please stop it…for your own sake, if not for the greater good.  You’re alienating the people you want to draw in, at the expense of trying to push your product or service, when the whole point of social media for businesses is to use it as pull marketing.

Culprits & Victims: What Can You Do To Bring Back Sincerity For Society’s Sake?

If you’re an insincerity culprit:

#1: The reality is that some of you indulge the aforementioned insincere tactics because you were told they were a good idea or saw someone else using them and thought they might be a good idea.  Social media has been around for long enough for us to intuitively know that this does not work.  We don’t like it happening to us because we haven’t got time and we feel the insincerity, why would others want you to do it to them?  Just stop being insincere and take the only route there is to true success.

#2: There are those of you who use these tactics because you think you need to in order to keep up with others who are using them, wanting to reach the same number of followers or page likes as those you deem to be in a similar field.  You don’t need to, the truth will prevail, and your credibility will outlast their temporary high.  FACADE – Fools Are Caught As Deceit Emerges (Relationship Remedies, 2012).

#3: There are also those of you who do this because you lack self-esteem about your business or career or your abilities within your business or career and this is exactly what this mass insincerity breeds, more insecurity.  That insecurity then leads people down this path of lies.  The thing is, you don’t feel secure or able just because you’ve got a following or a bio that you think tells people you’re secure and able.  All you do is focus on this one element of your brand’s reputation and let me tell you, people don’t see your 20,000 followers with 3 likes maximum per update, as a reputation worth having.  You’re only really fooling yourself.  It’s better to work at genuinely developing yourself and your business so that you can have those followers and so that your bio says what you are, not what you are hoping to be.

If you’re a victim of insincerity rather than a culprit:

#1: Refuse to follow people using software to gain “followers”; it takes seconds to work out who is.  For example, that guy who is a social media expert who has only tweeted 732 times but has 16,780 followers whilst following 222 accounts and tweets mostly, “Thanks for following”, really isn’t a social media expert or he wouldn’t have resorted to those tricks.  Let’s face it, he’ll probably unfollow you anyway and maybe even knock your self-esteem a little when he does if you haven’t looked properly at who you’re following back.  The less people like us indulge people like that, the less of those people there will be, the more sincerity we will rebuild back into social media and society and the fewer insecurities and anxieties we will produce in those struggling with low self-esteem.

#2: Only follow people with social media bios that have the goods to back up their claims.  Think of the bios with words “guru” or “award-winning” or “best-selling”.  Such vague claims can be easily misconstrued, the very thing that people rely on when they use them in their social media bio in a misleading way.  They know, for example, that the word award-winning sounds prestigious but the reality is there might have only been three contenders for that award and the ceremony might have taken place in the community centre at their local business networking meeting!  Maybe granny gave the award; maybe it was the best-selling item at the local corner shop.  These lies are those that allow you to make the assumption so that it becomes your fault rather than theirs, that you were misled.  In reality, they misled you, but through the illusion of telling you the truth that you misperceived.  Crafty!

#3: Using software to automatically like every social media update with a certain hashtag is not connecting genuinely, so you could decide to point blank refuse to follow any account that does that.  Using software to follow people and then even unfollow them once they have followed back, is not connecting with you sincerely, so unfollow them back.  Take a stand, that stand being to connect sincerely or not at all.

#4: Don’t become one of them out of desperation to “look” as good as them.  Become better than them.  They don’t look good, they look disingenuous.  They don’t have the goods; they have smoke and mirrors to fool you into believing they do.

We’re not helping anyone by being the culprit or the victim of this social media insincerity charade.  Worse still, we are hurting mankind.  We are hurting us.

These insincere social media culprits have lost their way, we can all follow them into the darkness or we can help bring them back towards the light.  It’s our choice and the choice is affecting us as a society.  Whatever we practice repeatedly becomes a habit.  Today we’re being insincere on social media, tomorrow we’ll be insincere in our offline relationships because we’ll have programmed ourselves into believing that that’s the way of the world.  We don’t need to become any more divided; we need to become more unified, in our private lives and in society as a whole.  So, can we please just be real?  I’d love that.  I’m sure many of you would, too!