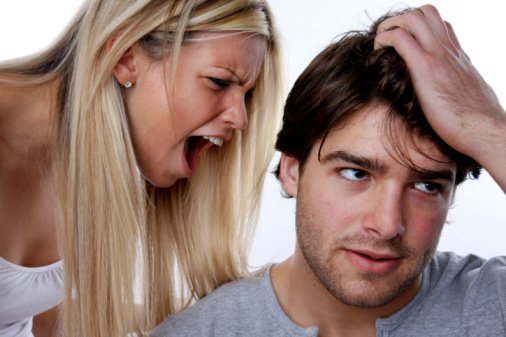 In a paper published in 1920, psychologist Edward Thorndike coined the term the “halo effect”.  For those of you familiar with this, you’ll recall that it is most commonly associated with the effect that physical attractiveness has on the way that we judge people and their other characteristics.  Research shows that humans have a tendency to judge attractive people as being, for example, more trustworthy, dependable, loyal and intelligent, than their unattractive counterparts!

Of course this is ridiculously unfair, but it is also very useful if we apply this finding to relationship arguments.

We all know that our non-verbal communication affects our outcomes in relationship arguments.  When we communicate, the body language, facial expressions and tonality of voice convey the majority of what we’re saying.  When we’re having a dispute with someone, the same happens.

Furthermore, it’s the facial expressions, body movements and tone of voice that are either conducive to resolving the argument or further escalating it.  With this and the halo effect in mind then, should we make unattractive faces when we’re trying to win an argument?  We don’t enter arguments to lose them, and yet we make ourselves look unattractive with the ugly, aggressive faces we make during arguments.  This resulting expression of anger not only puts people on the defensive, making it much harder to win our argument, it also means we may be instilling ideas in their mind that we are not being trustworthy, loyal or intelligent.  This isn’t exactly conducive to winning arguments and doing so without too much animosity.

Next time you have an argument with someone, watch their facial expressions and consciously make the connection between how you feel about them, when they are making pleasant facial gestures or unattractive ones.  In the future, you’ll think twice about going out, all non-verbal guns blazing, when you confront someone during a disagreement.