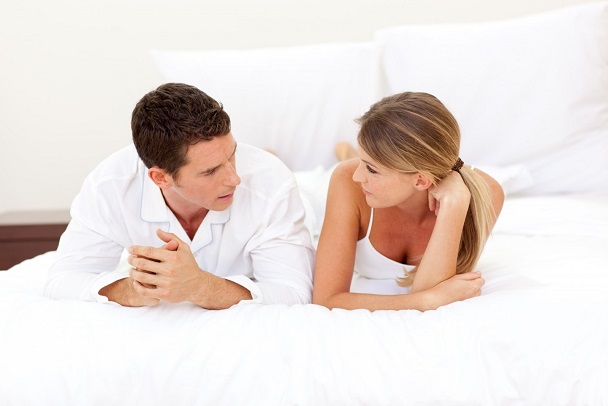 Research suggests vocals sounds are a faster and easier way to get your loved one’s attention away from their smartphone, and instead towards you, than a sentence expressing your feelings.  Good news for all, especially those fed up of talking to their partner’s cheek or scalp!

Primitive methods for communicating emotions (e.g. a laugh, groan, growl or cry), referred to as non-linguistic vocalisations, seem to be detected by the brain faster and clearer than emotions being conveyed through tone of voice or words used.

Building on a previous research findings from the field, Pell et al. (2015) tested participants using words with no emotional meaning such as, “He placktered the tozz”, which were conveyed with a happy, sad or angry tone of voice and compared this with when participants listened to vocal sounds that had no linguistic components (e.g. a laugh, growl or cry).  Key findings were as follows:

The reason for this difference, noted on electroencephalograms (EEGs), seems to be linked to the use of vocalisations when language was less sophisticated and interpreting non-verbal communication had an even greater need for survival.  Such ancient skills, however, still serve us now.

The researchers state: “In human communication, vocalizations are considered a “raw” form of emotional expression in the vocal channel because they are often the spontaneous product of reflexive (neuro) physiological responses to an emotional event (Bostanov & Kotchubey, 2004) without precise articulatory targets (Trouvain, 2014).”  In other words, they are more instinctive than the thought-out expression of emotion using words and tone of voice.  Therefore, they rapidly convey the emotions a person is feeling within a flash.

Furthermore, the researchers also state: “In the neuroimaging literature, there is evidence that vocalizations predominantly activate the amygdala and other subcortical structures…whereas this evidence is less consistent for emotional prosody…”  In other words, the parts of the brain that are primarily responsible for emotions, emotional behaviour and motivation (the amygdale) – amongst other brain structures – become activated when processing vocalisations yet this is not so consistently seen in the research looking at the brain’s response to the tone of one’s speech.  Therefore, there seems to be a strong connection, most interestingly, between vocalisations and emotions.

The modern world is full of distracted, pre-occupied people and when we want someone’s attention we can be frustrated that they’re not listening.  There’s likely been a time when you’ve thought, surely they can tell from my tone of voice that I want their:

Well, perhaps they can’t tell because they’re so preoccupied with their own thoughts, or the cyber-world, that they fail to give you attention when you think they should know you want it.  Admittedly it’s frustrating when people clearly aren’t in the present moment with you, as you note from their glazed eyes or inappropriate verbal response.  If you do this to others, you too are adding to their frustration levels and it can show a certain lack of respect.

So if you want to get someone’s attention very quickly, OR want to reassure them instantly that you’re present and hearing exactly what they’re saying, it can be useful to use such non-linguistic vocalisations to clearly and rapidly convey that a two-way communication is taking place.

As a coach this is particularly useful when I’m working with a client and they are in full swing telling me something very important.  I can convey my emotional response so that they know I am following along and truly hearing what they’re saying, without having to interrupt or overshadow their dialogue with my own.

If you were on a first date trying to build rapport, or listening to a loved one saying something significant, or wanting to let your boss know you understand the enormity of what has happened, empathic non-linguistic vocalisations may help you.  Using non-linguistic vocalisations you can build rapport and relationships by being able to convey in less than a second that you “get them”, understand what they’re conveying, that you’re alert and present, and that you care.  That’s incredibly powerful when building relationships and you can do this fast and clearly in less than a second!

Let others fumble over their words whilst you get ahead with your succinct, poignant vocalisations.