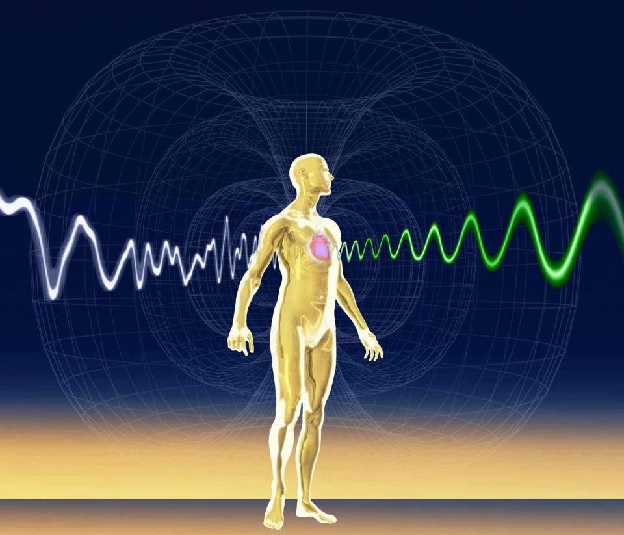 The Global Coherence Initiative – Just How Interconnected Are Humans?

They say we’re waking up to a new level of consciousness.  Do you sense it or do you feel like the notion is all hokum?  There’s actually nothing new about the study of the collective human consciousness and its effect on the planet and its people, as a whole.

The HeartMath Institute launched the Global Coherence Initiative (GHI), the aim being to facilitate a “shift in global consciousness from instability and discord to balance, cooperation and enduring peace”.  They are currently in the process of strategically placing approximately 14 sensors around the globe that will allow us to observe changes in the earth’s magnetic field.  What this will then enable them to do is test their hypothesis that the earth’s electromagnetic field is affected by mass human emotion, positive or negative.  After all, human beings also radiate electromagnetic fields from their brain and heart.

Their forthcoming experiments will provide insights into our species like we have never seen.  The research of the past gave us some pretty amazing results, but if they prove their hypothesis right, they will change our understanding of how we are all connected with each other and the earth.

Research in the past has looked at how mass meditation can influence human behaviour from afar, simply by having groups of people focus their hearts and minds on “flooding” the environment with compassion.

John Hagelin, a quantum physicist, and fellow researchers, conducted an experiment in 1993 to test the power of the human collective consciousness on crime rates within Washington DC.  They found that 2,500 people meditating en masse within Washington DC resulted in a reduction of crime by 25%!  Given the population was about 1.5 million, 2,500 people meditating is a mere 0.002 per cent of the population size.

Such a significant drop in crime rate within the area begged the question, what else can we positively influence in our world simply by consciously focusing on radiating compassion?  Could we influence social conflicts or wars?  Could we create a happier, more harmonious society simply by ensuring that we find peace within ourselves which naturally radiates the environment and organisms around us?

Drs Charles Alexander and John Davies at Harvard University conducted a similar experiment during the height of the Israel-Lebanon war in the 1980s. The researchers organised groups of people experienced in meditation, in Jerusalem, Yugoslavia, and the United States whom were asked to mediate on the area at war during numerous intervals over a 27-month period.  After controlling statistically for other extraneous variables that could affect the war such as weather changes and religious holidays for all the major religions, police activity, and other such variations, the results were astounding.  The levels of violence in Lebanon decreased between 40% to 80% every time a group meditation was taking place.  Furthermore, they found the largest reductions in crime levels happened when the numbers of people meditating were largest.  Amongst other statistics, the results showed over a 70% decrease in the number of people killed during mass mediation and a 68% decrease in the number of war-related injuries.

I feel excited at the prospect of us learning just how interconnected we all are via our thoughts and feelings, even from afar, as the findings of the Global Coherence Initiative research begin to come to light.  I am equally concerned about how quickly the media and the internet can be mobilised to negatively influence our world, our fellow men and ultimately ourselves.

If, as the research suggests, our thoughts and feelings can influence the thoughts, feelings and behaviours of people thousands of miles away whom we don’t even know, then how important is your wellbeing to your spouse, family, colleagues, employees, customers, prospects, friends, neighbours, acquaintances, and even Mrs Smith living ten streets away who you may never actually meet?

You and your happiness is important to your family, friends, colleagues, other networks, and seemingly, the rest of us. Don’t ever sell your worth short.  You are massively important, and in ways that we don’t really think about.  We live not in isolation, but in a state of interconnectedness that goes way beyond our conscious awareness.  Everything we do creates a ripple effect so love yourself and let’s love each other.